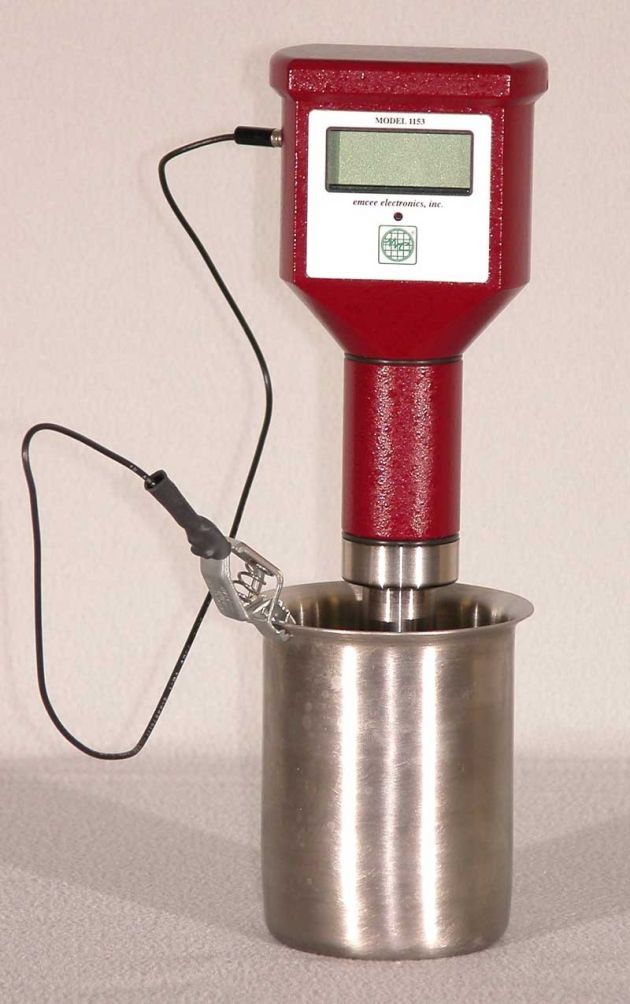 The Model 1153 Digital Conductivity meter provides a measurement  of electrical conductivity of fluids in conductivity units (CU), which are defined as picosiemens per meter in ASTM D 2624. The rugged Electro/mechanical design of the Model 1153 meter facilitates ease of use for both laboratory and field applications. Initially the meter was designed and developed for safety reasons to measure the electrical conductivity of hydrocarbon fuels, particularly jet fuels. Additional pre-amp versions are available to accommodate measurement of a variety of fluids for use in many different applications.

Hydrocarbon fuels typically have low electrical conductivity, and consequently, are susceptible to retaining a static charge. Static charges are induced, especially, when the fuel is pumped at high rates through filters. Due to the relatively low conductivity, the static charge does not readily dissipate and is retained for a considerable period of time. This condition can result in an explosion and/or fire. Since conductivity can vary with temperature, it is very important to record the fuel temperature at which the measurement was performed.

In addition to safety reasons, electrical conductivity of fluids can be monitored for process control. Proper addition and mixing of various ingredients can be monitored at different stages of production.
These applications are not limited to hydrocarbons but have been expanded to other products; such as paints, solvents, inks, and other non-organic items.