Emcee's products are used in eight of the ASTM Standards: D2624,4308,3948,4860,7224,7261,6426, and 6824. While these standards are primarily used for the testing of jet and diesel fuels, we continue our R&D on the newer biofuels. Our attendance at these ASTM meetings confirms our commitment to technological advances to insure the quality of aviation and other fuels.

Posted Wednesday, December 3, 2014
Emcee Electronics Inc. is committed to the improvement of its current products and the development of new ones for the fuel management industry. We recently received approval of a provisional patent for an instrument to detect FAME in diesel or jet fuel as well as ethanol in gasoline. Our unique technology will allow for the detection of concentrations as
read more 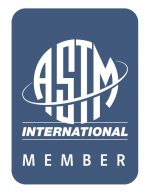